With a little over a month left in the 2016 Yahoo fantasy golf season, things are now “getting serious”. This week’s tournament, the Wyndham Championship, will probably not make or break any teams so I’ll have to look to future tournaments to make a big move.

I have been infrequently chronicling my season in two Yahoo fantasy golf leagues: Hackers Inc. and The Dunes 18 Go Low. They both started out with 40+ players, but because Hackers Inc. is an elimination league it has fallen to just a dozen teams remaining.

Here are the standings through Week 31.

Since I last posted on June 22 at the end of the Spring session, I have moved up in the overall rankings by a few spots. However, my lead in both leagues is very fragile (I’m leading by 1 point in Hackers, and by 16 points in The Dunes). This means I have no real room for error during the remaining five tournaments.

As I mentioned earlier, this week should not shake things too much. I say this because the top eight golfers are all available for a rostering in the A-, B-, and C-Lists. From the first group, I’ve got Ryan Moore and Rickie Fowler. From the second group, I have Patrick Reed and Hideki Matsuyami, with Jim Furyk and Brandt Snedeker in reserve. For the last group, I have Bill Haas and Jon Rahm.

Chances are that players from each of the groups will make the cut, and I would say that there’s a good chance I have at least one top-three player on my roster this week.

I’ll check back in at the end of the season or right before if things get interesting heading into the third week of September.

If you are like me, the spring session ended on a h-o-r-r-i-b-l-e note and you can’t wait to get past it. All four of my B-List players failed to make the cut at the U.S. Open – players which included Rory McIlroy, Justin Rose, Brandt Snedeker, and Henrik Stenson. I’ve never seen such a collapse of talent, and the result was that this group generated a grand total of 16 points for my team. I should point out that Henrik Stenson technically withdrew from the tournament and didn’t miss the cut, but apparently he was at +10 through 16 holes in Round 2, so it was a long shot that he would be playing come Round 3. Fortunately for me, I did have eventual winner Dustin Johnson active in my A-List, but he was active for only two of his four rounds which limited his benefit for my team.

Here is where I currently stand in each league I’m in. They both started out with 40+ teams (the Hackers Inc. league is an elimination league, so it’s now down to near 25 teams).

As you can see, I missed my opportunity in the Spring to make a run. Still, I didn’t lose much ground. I’m currently 27 points behind the leader in the Hackers Inc. league, and 156 points behind the leader in the Dunes 18 league. I therefore have an opportunity to climb to the top in both leagues if I can string together some solid scores in the homestretch. 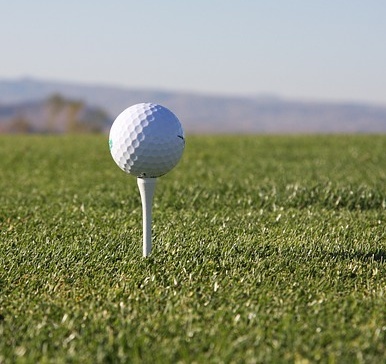 My fantasy golf strategy at this point isn’t very novel: play my best players possible. Strategy in Yahoo fantasy golf leagues really comes into play early on in the season when choices need to be made about whether to activate top tier players for tournaments. Given that each player may only be played 10 times throughout the entire year, it’s crucial not to waste starts.

Now that we’re beginning the summer session, I no longer need to preserve starts. I want to play my stud players in tournaments whenever possible until they run out of starts.

Earlier in the season, I made strategic decisions not to use up all my starts with certain players. This meant rostering players who might be the #1, #2, #4, and #5 best players for a tournament, but passing on the #3 player to preserve his start. Now, I can afford to roster #1 through #4 to give myself the best opportunity to succeed.

Players who I would like to roster more often include Dustin Johnson (5 starts left), Rory McIlroy (3 starts), Justin Rose, (4 starts), Jason Day (4 starts), Brooks Koepka (5 starts), Jordan Spieth (4 starts), and Adam Scott (7 starts). As you can see, I was perhaps a bit too conservative when it came to starting some of these top players. It doesn’t do any good to have starts left over at the end of the fantasy golf season, so I’m going to make use of them whenever I can.

It seems like not so long ago, the fantasy golf season began with tournaments in late winter.  Now, they begin soon after the New Year.  I decided to join two groups, both of which are Yahoo-leagues, so I will be following that the entire season.  Both of these groups are fairly large (40-50 players), so the competition should be fun.

Before I get in to my picks for the CareerBuilder Challenge, let me briefly recap what’s been going on.

Right now we’re in Week 3 of the Winter season.  In the Hyundai Tournament of Champions during the first week, I reached 219 points after getting first, second, and third-place performances from Jordan Spieth, Patrick Reed, and Brooks Koepka.  In the Week 2 Sony Open, I had a much more difficult time at putting together a final score of only 150.  I’m sitting in the top ten of the standings for both of my groups, but experienced fantasy golf players know just how long the season is.  The standings don’t mean much right not, but poor performances at this stage of the game can really hurt you later on.

Now, on to my picks for the CareerBuilder Challenge.  Players with asterisks (*) by their names are starters.

I am a bit concerned at this point of the season with starting Patrick Reed again.  Since each player only gets 10 starts over the course of the year, and since I already started Reed in the Hyundai Tournament of Champions, he’s down to nine starts remaining.  However, he’s just too valuable to leave out of my picks for this week, so I decided I needed to include him.  Fortunately, Yahoo put him with the bulky “B” group which seems to have a plethora of golfers, so even if I run out of starts for him earlier than expected, I should be able to find other talent to carry me late in the season.