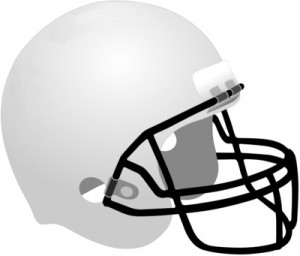 If you’re thinking of initiating a trade with another owner of your fantasy football league, there’s something you need to know: how to create a fused offer. A fused offer is simply an offer with a deadline. It’s open for a certain period of time, and if it goes unaccepted, it closes.

Fused offers are useful in fantasy sports contexts, as well as other contexts in life (e.g. business deals), because they help bolster the side making the offer. When trying to make a deal, it helps to negotiate from a position of strength rather than a position of weakness. If you don’t create a deadline for your offer, the other owner has the chance to sit on it, try to make a better deal with another team, and cause you anxiety while he drags his feet. If you do create a deadline, you force him to make a decision to accept or not. The stress is on him, not on you.

Some league platforms may give you the option to create fused offers by letting them stand for two days, three days, or some other number, but if yours does not you should write it in to the comments that accompany your offer. Say something like, “This offer will expire at 7 p.m. on Month, Date.” Just remember to cancel the offer when you say you will.

In fantasy football leagues, there’s another aspect of fused offers you need to consider. If you make an offer that remains open over the weekend, you put yourself at risk of sinking your entire season.

Let’s say that you offer your star running back to another owner in exchange for his star wide receiver on Wednesday. The offer remains open going into the weekend as the other owner ponders his options. On Sunday, his star wide receiver goes down with a season-ending injury. On Monday, you go to check your fantasy scores, only to find that the trade offer you made several days earlier was accepted on Sunday night. You’re now looking at the prospect of losing the rest of the games on your schedule. Not so bueno!

Now if this were to happen in an actual league, you may be able to get your league commissioner to veto the trade, or convince enough other owners to vote against it. But there’s no guarantee that your commissioner or fellow owners are good-willed individuals, or that they would want to help you out if you’re occupying first place in the league, or that they would remember to vote on the trade. Basically, we can presume that the trade would not be executed, but we can’t guarantee it.

But would you want to put yourself in this position in the first place? No, you wouldn’t, and you can avoid it easily enough. This is why the fused offer is particularly important in fantasy football leagues. Whereas hockey, baseball, and basketball have rolling schedules throughout the week, the football schedule is concentrated largely on Sundays, so your trade offer should expire before the beginning of the Sunday games (so long as the players involved are playing on Sunday). If you still want to engage in a trade with those same players, simply reopen a new trade involving the same players on Tuesday of the next week.

In the end, you want to be safe rather than sorry. Using a fused offers is a simple safeguard to prevent your team from falling off a cliff and into the fantasy cellar of your league.