This week marks the beginning of the NFL season for 2018, which means I recently completed several fantasy football drafts.  I always like to draft late in the NFL preseason because it lets me have several weeks of study before diving in, and it also reduces the risks that are inherent to the preseason because of injuries and role changes.

This particular league, called “The Return of Tylet Paper”, had the quirk of using four flex spots in addition to other roster positions.

Because of the relatively large roster sizes that included many starting flex players, there was going to be a premium placed on startable RBs and WRs.  I tried to focus on these while more or less ignoring lesser valuable positions such as QB and TE.  Here is how my draft went:

In the past I have argued for the draft strategy of stars and scrubs, but because of the large size of the rosters this league, I knew that such an approach would be severely limiting.  Instead, I had to “spread the wealth” and do much more value shopping by picking up more traditional Round 3-5 players who could collectively produce more than very few studs could produce.

I ended up waiting on the sidelines as money was taken off the board after the prices of many key studs were bid up.  With pick #20, I ended up with my first pick when I got Ezekiel Elliott for $51 (for comparison, other Tier 1 RBs went for $53 (David Johnson), $61 (Todd Gurley), and $55 (Le’Veon Bell)).  I was actually getting a little nervous because so many other top players were being drafted, and I thought that I would be at a severe disadvantage without at least one marquee player.  This wasn’t a great position for me to be in, but at least I was able to get Elliot without severely overpaying for him. 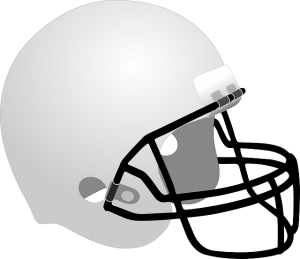 I then waited another twenty picks before resuming my picks, and I was able to get a horde of value players ranging from about $11 to $21.  Some that I got included Stephon Diggs ($21), Alex Collins ($16), Doug Baldwin ($19), and Derrick Henry ($11).  This was probably my best run of the draft since I shored up my team with a lot of players who can outproduce the price that I paid for them.  Although none of them are going to be able to carry my team on an individual basis, the collective production from them should be strong.

In one-QB leagues like this, it’s a bad decision to overpay for a quarterback since there are so many options that will be available on waivers.  If we consider that there are 10 teams in the league, each team can only start one quarterback, and the production of the eleventh-best QB is not far below the production of, say, the fourth- or fifth-best QB, if pays to wait on this position.  I ended up drafting three very quality QBs in Matthew Stafford ($2), Carson Wentz ($1), and Andrew Luck ($3).  I don’t really need to carry all three of them, but they were too good to pass up for their prices, and I can see how they get on during the season before dropping one.

Projections for the season

While I take automated draft projection figures with a grain of salt, I was pleased to see that I am currently projected by Yahoo to finish with the most productive team with 2491 points.  Combined with a weak schedule, I am predicted to finish with a record of 10-3.  The FantasyPros Power Rankings also projects my team to do well as I have the highest ranked team in my league by a decent margin.  Obviously things can and will happen during the season that will change this outlook, but I am pleased with how this draft went.

Here are some takeaways for this auction draft that I can use in future drafts:

We will see how this season progresses, but I already have a good feeling about this one.